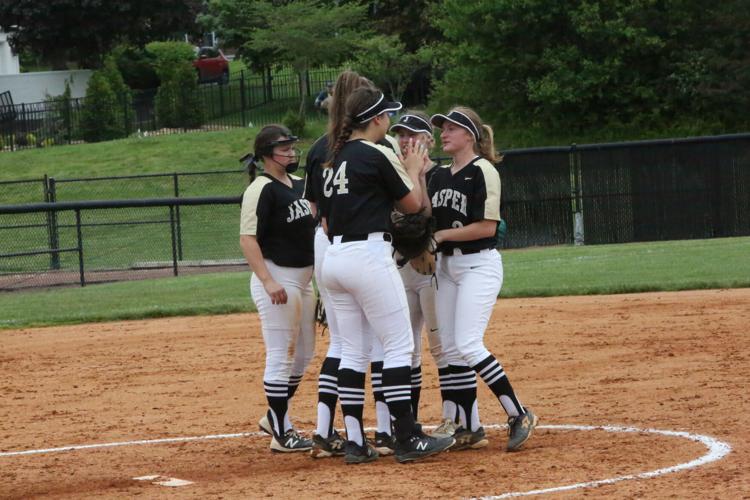 Jasper saw itself down, 4-1, in the bottom of the fifth Saturday against Forest Park, but the Wildcats rallied in the later innings to claim a 7-4 victory. 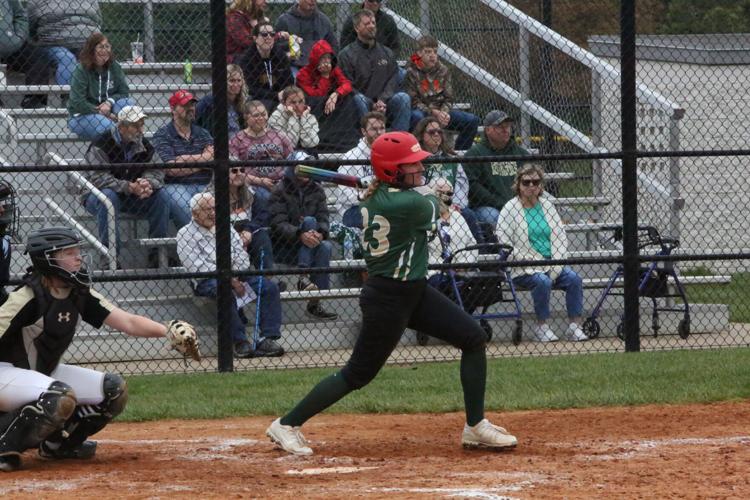 Sophomore third baseman Avery Riley (23) went 2-for-3 with an RBI in Forest Park's 7-4 loss to Jasper on Saturday.

Jasper saw itself down, 4-1, in the bottom of the fifth Saturday against Forest Park, but the Wildcats rallied in the later innings to claim a 7-4 victory.

Sophomore third baseman Avery Riley (23) went 2-for-3 with an RBI in Forest Park's 7-4 loss to Jasper on Saturday.

JASPER — The way this finished turned out much different from the way it was going.

Forest Park nearly pulled off an upset Saturday at Jasper, but just as the Rangers (5-10) jumped on the Wildcats' (12-6 after this game) miscues, the hosts did the same to Forest Park. And as a result, Forest Park, nine outs from victory with a 4-1 lead in the bottom of the fifth, saw the game slip from its hands to give Jasper a 7-4 win in a game that saw the Wildcats commit five errors and the Rangers have six.

"You just got to keep your head up," Jasper coach Matt Pryor said. "When you're making errors, you can't let that roll over and affect your hitting, you can't let it just bring you down and then you can't let that bring the whole team down. So, I was really proud of the girls that they just kept on staying focused, knowing that we have the capabilities to put up big numbers in a single inning and today wasn't the long ball, today was the short game that got us back into that game."

"You wish you can have some of those back, but offensively, I thought we looked good at the plate," Forest Park Kelly Schroering said. (I'm) happy with that performance and we hit a lot of hard balls today."

Schroering noted at times, the Rangers weren't always clean or crisp defensively, and while they made some plays, she mentioned consistency. Forest Park had itself a 1-0 lead in the bottom of the third when senior Adrienne Simmers bunted and reached on a throwing error, but three more errors allowed Simmers to score to tie the game.

The Rangers enjoyed a 4-1 lead heading into the bottom of the fifth, but the Wildcats also prevented a big inning, too. Forest Park put runners on second and third with one out, both in the top of the first and the top of the fourth, but Jasper limited the Rangers to just one run each in both.

"There was lack of execution on something we were trying to do, and we didn't do it," Schroering said. "So, that cost us. We talk about just moving the runner, and we struck out a couple times in those situations, and that hurts because then you don't have an opportunity to move them."

Jasper began its comeback in the bottom of the fifth when freshman Carlee Rogers led off for a solo home run.

"(It) just looked like a good ball," Rogers said. "It was right down the middle, and I just hit it."

"Her homerun was huge," Pryor said. "When you look at who's the girls that need to be pulled up, who needs to get some at-bats in the varsity based on what they're doing in JV, and she had the best JV numbers, she gets the opportunity, and she's done a phenomenal job ever since she's had that opportunity.

"So, having confidence in her up at the plate and now her teammates, the seniors are behind her, not just because of the homerun, but even before this, you could see that the whole team is pulling for her to do a good job, as well," he continued. "And as a freshman, coming in, earning a spot, hats off to Carlee."

Jasper could not get the ball to leave the infield the rest of the inning, but the Wildcats nevertheless turned a 4-2 deficit after the Rogers solo blast into a 6-4 lead. Freshman Olivia Young's dropped third strike got away, allowing Simmers to score the tying run. An error by sophomore shortstop Brooke Rasche, who took the loss, allowed senior starter Kylie Morton to score, while a wild pitch scored sophomore Molly Kissel.

"Everyone can hit a fly ball, and the only thing the defense got to do is catch it," Pryor said. "We want the defense to have an opportunity to make an error three times on a play - field, throw and catch. And so, we want to put the pressure on them, and that's why we small ball is such an important part of our game."

Jasper scored one more run with two outs in the bottom of the sixth when an error by Rangers sophomore Avery Riley enabled Wildcats senior Aspen Sermersheim to cross home, bringing the game to its final score.

Yet, Schroering didn't think it was her team's effort. She just thinks she has to get them more opportunities to play, to work on the bunt coverage and make sure they're not making such mistakes.

Forest Park has four games left in the regular season, all scheduled to be on the road, starting Tuesday at Pocket Athletic Conference foe Heritage Hills.

"Next week, we got Heritage Hills and Pike Central - games where you have to execute, you have to make those plays to finish," Schroering said. "So, it's a not season-ender, it's just, 'Hey, here's something we have to get better at in two weeks. So, for us, it's getting that clutch hit all the time and shoring up our defense."