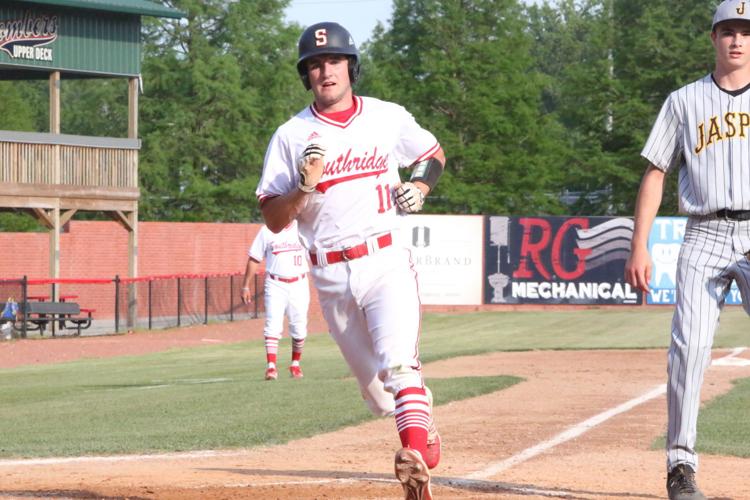 Senior Carter Whitehead (11) and Southridge lost to Jasper, 14-8, Friday, but competed after an early deficit. 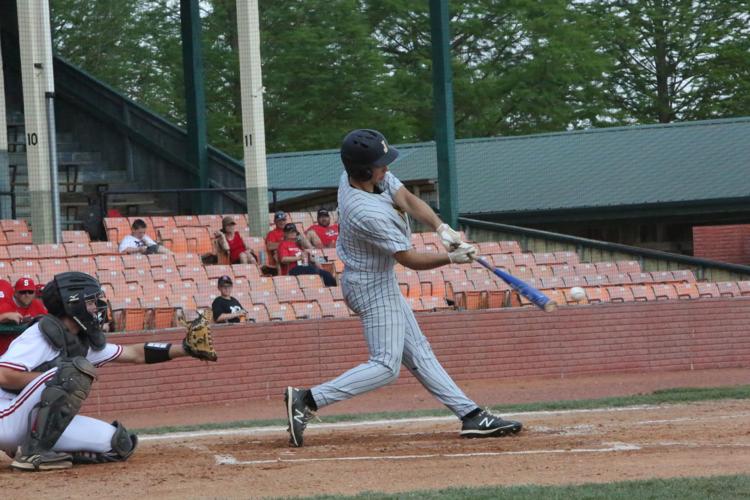 Senior Chris Hedinger (16) was 2-for-5 with an RBI and two runs scored in Jasper’s 14-8 win Friday at Southridge.

Senior Carter Whitehead (11) and Southridge lost to Jasper, 14-8, Friday, but competed after an early deficit.

Senior Chris Hedinger (16) was 2-for-5 with an RBI and two runs scored in Jasper’s 14-8 win Friday at Southridge.

HUNTINGBURG — If records are thrown out the window when it comes to county rivalry games, then such a statement certainly applied to Jasper’s 14-8 win Friday night at Southridge.

“We knew they’d come at us,” Jasper coach Terry Gobert said of Southridge. “They got some of their guys back, and they’ve got a lot of young guys and even seniors that have been waiting to play. And I thought they did a great job of putting the ball in play. They didn’t have the power they had in the past, but they had a lot of hard hit singles and put traffic on every inning.”

Southridge narrowed Jasper’s lead in half before the inning was over, and made it a one-run game in the bottom of the second when senior Carter Whitehead’s lined shot into left field brought in sophomore Keaton Allen for a 4-3 game, followed by the Wildcats and Raiders trading runs in the third inning for a 5-4 Jasper lead after three.

Gobert was disappointed, however, that the Wildcats didn’t make some plays when they needed to. Southridge loaded the bases with nobody out in the bottom of the fifth. When a groundball off the bat of freshman Tate Whitehead could’ve been a double play, the throw got away for an error, scoring senior Carson Niehaus and sophomore Trey VanMeter for a 10-6 game. Southridge scored one more run when senior Kaden Neukam drove in Allen to make it 10-7.

The Wildcats brought it once more however, scoring four more runs in the top of the sixth, again all with two outs, and though the Raiders, who put the leadoff man on every inning Friday night, scored in the bottom of the sixth, Jasper’s nine runs across those two innings proved to be too much.

“I think we got Uebelhor’s pitch count up,” Gobert said. “I think he was like 74-75-76 going into that inning, and we really tried to focus on not helping him out — don’t chase anything up or down, try to get a mistake, hit it hard and I thought we did a good job of that.”

The Raiders, despite starting 9-6, have lost seven of their last eight games. They’ve scored seven runs or more six times during this current stretch, but have a 1-5 record to show for it.

“I don’t know how many times they moved up on a ball in the dirt tonight — I’ll go back and look at the stats, but it was a bunch,” Mattingly said. “Yeah, it’s frustrating, they’re still competing, they’re playing as hard as they can.”

Mattingly said hydrate and rest will be key in a situation like this.

Meanwhile, the Wildcats are set to play their final county game this year today at Class 2A-No. 8 Forest Park.

“If we don’t do any better prep-wise or enthusiasm-wise, it’ll be a long day,” Gobert said. “Because they’re a really good team up and down the lineup, got a lot of respect for them, and I’m just disappointed that we didn’t have more fire tonight, but I guess we found a way to win.

“I don’t want to take away,” he continued. “I think (senior Kody) Morton obviously had some RBIs (with five) and some big hits. When we get a chance to turn a double play — we got to make it, just things like that drive me crazy.”