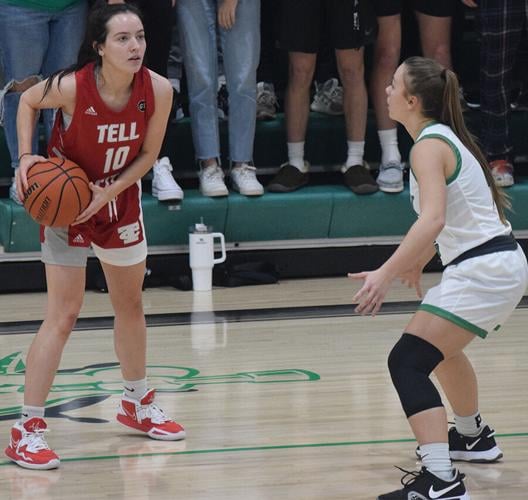 Jaylie Albin of Tell City finished with a team high 14 points in their loss Monday to the Commodores. 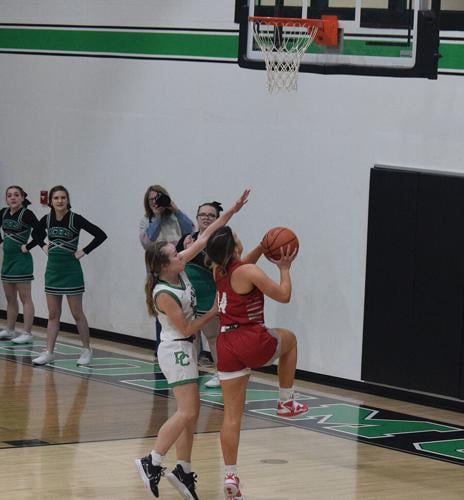 Emme Hoesli drives to the basket against Perry Central Monday and Hoesli finished with four points in the contest. 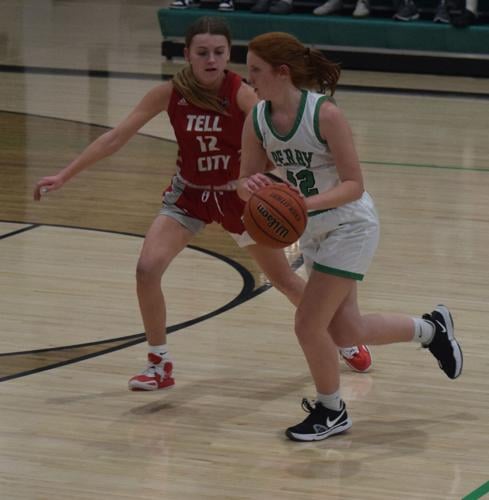 Jaylie Albin of Tell City finished with a team high 14 points in their loss Monday to the Commodores.

Emme Hoesli drives to the basket against Perry Central Monday and Hoesli finished with four points in the contest.

LEOPOLD — The Tell City girls’ basketball team squared off against Perry Central Monday and after a strong first half, could not close it out in the second half in a 37-30 loss.

Tell City put together a strong start. After giving up six points early on to Perry Central, Tell City responded with an 11-0 run to give them a first quarter lead. Tell City, at halftime, found themselves up 16-13 but the offense was limited in the fourth quarter. Perry Central scored 14 in the fourth compared to Tell City’s six. In addition, Tell City went 6-13 from the free throw line. Head coach Doug Lane looks at it as finding a better way to execute as he is not faulting effort.

“We could not stop shooting ourselves in the foot,” Lane said. “We could not execute on offense and are not shooting well. Our free throw percentage is down, but we got to fight through those things.”

A way to fight through that is confidence, according to Lane. It is the idea of trusting in the work they are putting in and knowing that a key to getting better is what they are doing outside of practice.

“It is a matter of confidence with these girls,” Lane said. “We need to keep working. A way we get better is not only what we do during practice but what they (the players) do in the off-season. It is about getting better at all aspects of the game.”

Tell City will now be preparing for their last home game, and Lane, as they gear up for the postseason, wants his team to be better with their decisions and defense.

“I think it is about making better decisions with the basketball,” Lane said. “They always play hard. But, on the defensive end, we have to be better. We missed assignments tonight on help defense, and they got easy baskets.”

Jaylie Albin scored 14 points, along with one assist and a rebound