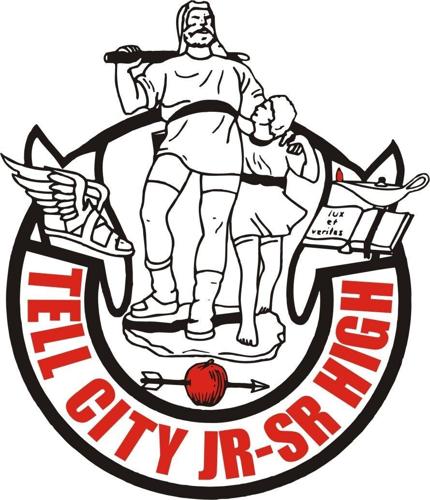 TELL CITY — The Pocket Athletic Conference announced their all-conference teams in their small and large school divisions. Being in the small school division, the Marksmen finished with seven athletes on the team.

In total, Tell City ran for 2,841 yards, which is the most the Marksmen have ever had in 30 seasons.

“Alex Stiff will be difficult to replace next season,” Webb said. “His leadership and maturity will be missed. Alex was the type of player that the underclassmen offensive linemen looked up to, and rightfully so. I am proud of all the hard work and adversity he has overcome this season to earn this honor.”

Noah Terry made the all-conference team as his role increased due to his brother, Landon Terry, being injured. Noah Terry finished with a school record of 10.5 yards per carry. Head coach Malin Webb said Noah Terry is someone who deserves this honor.

“Noah Terry is very deserving to be named all-conference running back,” Webb said. “I am excited to continue to watch Noah’s growth over these next two seasons.”

The defense for Tel City also finished with two who made all-conference. Kaiden Casebolt and Kelby Glenn both received nominations. Casebolt is a junior, and Glenn is a senior.

Casebolt, at the linebacker position, became a piece that helped lead the defensive unit. Casebolt against South Spencer on Oct. 14 finished with seven tackles, and on Sept. 30, Casebolt had four tackles.

“It’s no secret that Kelby was our most dynamic athlete this past season,” Glenn said. “Defensively, he was tasked with covering our opponent’s best receiver each week.”

From there, JC Buckendahl, Trent Cail, and Tyce DuPont all made honorable mention.

Buckendahl played left guard for the Marksmen for years and helped Tell City rush for 2,841 yards. Webb believes his loss is massive for the team and someone who deserves this award.

“J.C. Buckendahl leaves a big need for us at left guard for next season,” Webb said. “He is very deserving of this accolade, and I am proud of his improvements to get himself to this point.”

Cail, an honorable mention running back, ran 5.37 yards per carry this season. Cail is a player who, according to Webb, has made a significant impact over the past two seasons offensively.

DuPont made honorable mention as a punter. DuPont and the punt unit did not allow one blocked punt all year. Furthermore, he also helped Webb install a triple-option offense this season as DuPont was the quarterback.