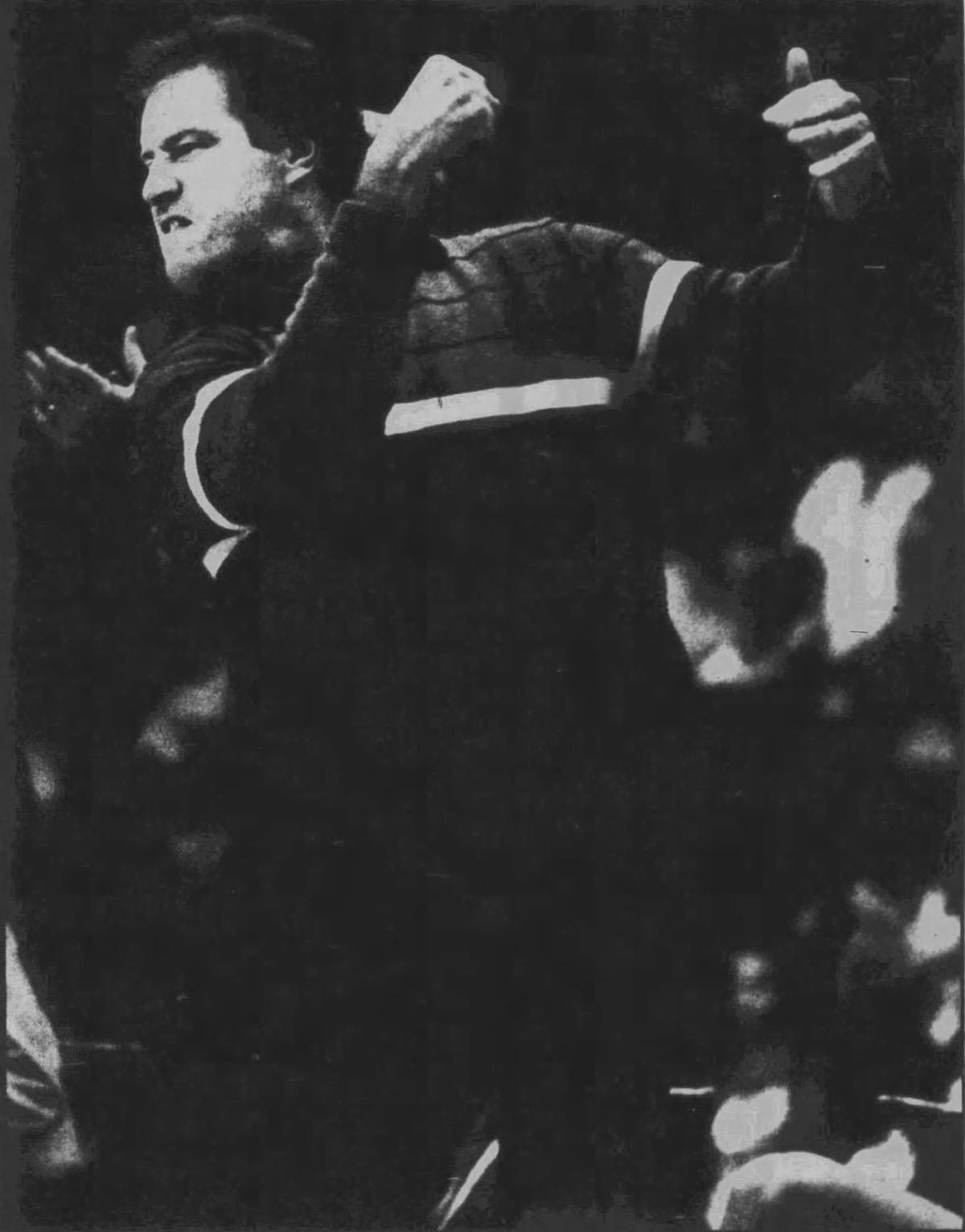 Legendary Southridge coach Gary Duncan is one of the newest members of the Indiana Basketball Hall of Fame. Duncan won 303 games in his career, with 279 coming at Southridge. He also won eight of his nine sectional championships with the Raiders and took them to the Final Four in 1985 and 1986. 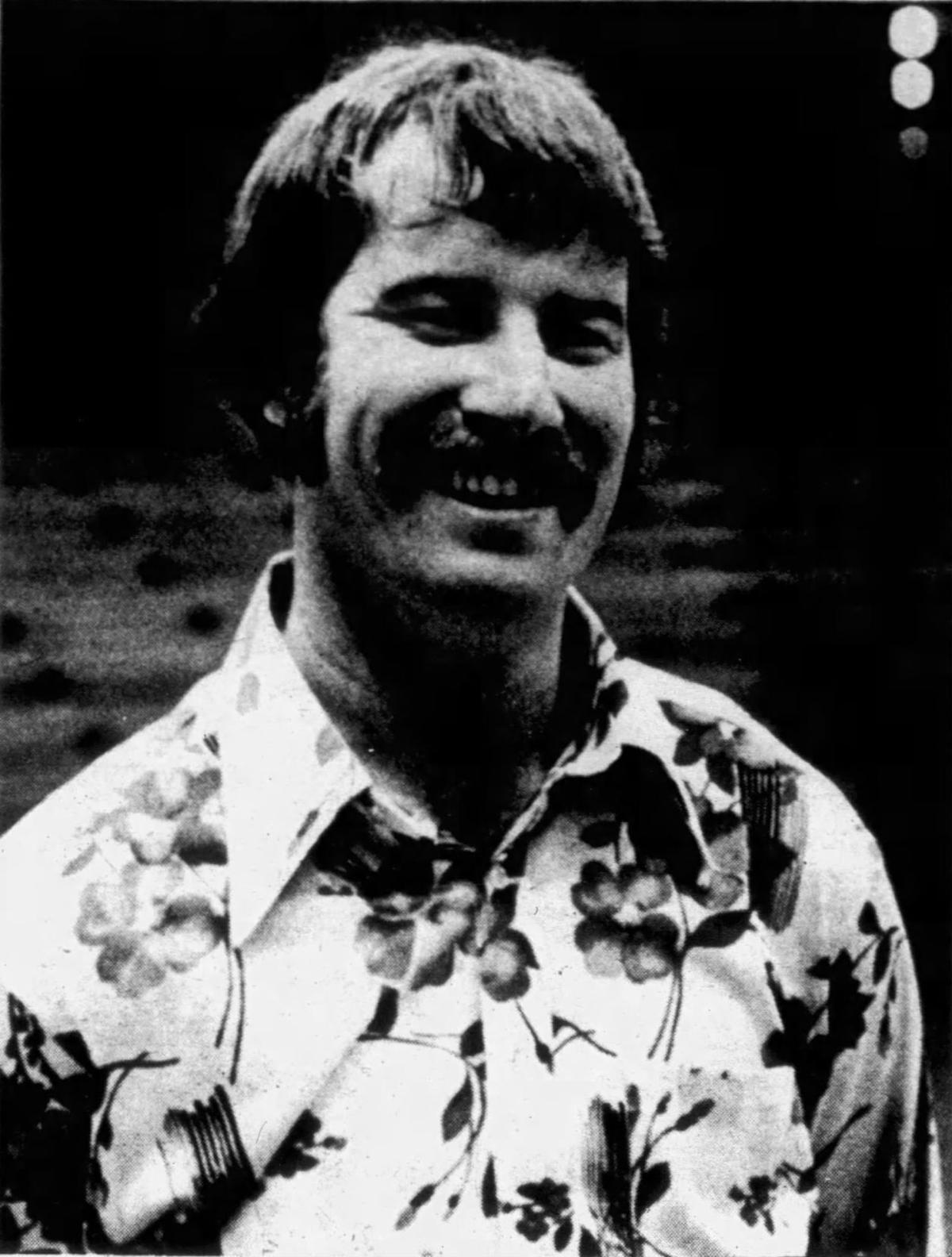 Legendary Southridge coach Gary Duncan is one of the newest members of the Indiana Basketball Hall of Fame. Duncan won 303 games in his career, with 279 coming at Southridge. He also won eight of his nine sectional championships with the Raiders and took them to the Final Four in 1985 and 1986.

The Indiana Basketball Hall of Fame announced former longtime Southridge boys coach Gary Duncan as one of its newest members on Tuesday.

“I (had been) half awake and in my La-Z-Boy, I couldn’t sleep in the bed,” Duncan said. “So, my phone was next to me and it made a noise, and I saw that popped up — and so, I was really appreciative. And I couldn’t go to sleep after that, of course (laughs).”

Duncan graduated from Oakland City High School in 1963, having been a center for the Acorns back in the day before going on to play basketball and compete in track and field as a javelin thrower at Oakland City College (now University).

Basketball has always been important to Duncan, and he credits his high school coach, Bob Reinhart, a 1957 Dale graduate, for being a big influence.

Duncan served as an assistant at West Washington after playing for Oakland City in college, but he soon made his way to Salem as the head track coach and assistant football coach for the Lions. However, the basketball position would soon be open, and Duncan found himself as the coach of the Lions for the 1970-71 campaign.

He’s had a habit of believing he was in the right place at the right time in his career, and felt that was the case at Salem, who won both a sectional and regional championship that season — Duncan’s first as a head coach, but he also gave a lot of credit to the late Larry Turpen, his predecessor with the team.

“It put me on a path of where I’m at today, no doubt in my mind,” Duncan said. “If we hadn’t had that success at Salem, I probably wouldn’t be where (we’re) at today.”

He built his legend as a coach in Dubois County, and the county was a theme for him this postseason. Duncan’s Lions held off Corydon, 68-66, in double overtime for the program’s first sectional championship since 1963, which earned them a regional date with Springs Valley at Huntingburg Memorial Gym for the right to advance to the championship.

A close win against the Blackhawks, 58-53, would pit Duncan’s Lions against Jasper, as Salem sought its first regional championship since 1939.

“We knew nothing about Jasper — just what you read in the paper,” he said. “We never scouted like they do nowadays, you didn’t have the videos, but I’d never seen Jasper play except in the game they played Linton that afternoon, and they ended up beating them like 60 points if I remember right (103-42).”

Duncan knew he needed help, and lo and behold, another coach in the county was there to help him out. It was Jim Mueller, the head coach of Dubois at the time, and he was an assistant coach at Springs Valley during Duncan’s days at West Washington.

“He called me up and said, ‘Gary, would you like to have a scouting report on Jasper?’ I said, ‘I certainly would,’ ” Duncan said. “And so, we met at the Holiday Inn there in Jasper, and I told him what I was thinking about doing. I was thinking about playing a zone against Jasper. And he says, ‘Don’t do that.’ He said, ‘That would be to their strengths,’ because they were much bigger than we were. We were as quick as they were, we just didn’t have the physicality that Jasper had with (Wayne) Bailey and (Jim) Van Huysse and some of those kids. So, we played them man-to-man that night.”

The strategy paid off, as the Lions walked off the court of Memorial Gym with a 76-73 win and left Huntingburg as regional champions — and the program is still looking for its first regional championship since Duncan led them to an upset against Jasper that year.

Many more games against Jasper would be in Duncan’s future, as after two seasons as the basketball coach at Salem, he made his way over to Southridge, where he’d spend the vast majority of his career. He would see 279 of his 303 career wins happen during his two stints, 19 total years, as coach of the Raiders.

“It was just a good situation for me,” he said.

He’d been an assistant to Joe Todrank and then Jerry Altstadt — the latter having coached the Raiders to their first sectional championship ever in 1976, and Duncan slid into the head job starting in the 1977-78 season, where he’d remain through the 1989-90 campaign.

The Raiders have won 14 sectional championships in program history, and eight of them came under Duncan. He won his first with them in 1979, only for Southridge to graduate much of that team and turn right back around to win another one in 1980, despite having just one senior starter in Dave Buechler.

Subsequent championships would follow in 1982 and 1983, but Duncan’s Raiders kept getting bounced from the regional, but that regional roadblock wasn’t going to conquer his teams forever.

He had a prominent sophomore group on his hands for the 1983-84 season, and with high expectations, he began playing them that season. The Raiders would fall to the Jeeps in that year’s sectional championship game, but that Class of 1986 was just getting started.

“They just kept getting better every year,” Duncan said. “They got stronger, probably one of the most talented bunches for a whole team that I ever coached. They were just so smart and had basketball instincts — and they were easy to coach, they really were.”

Southridge finally broke through by holding off North Harrison, 51-48, for the first regional championship in team history. The Raiders made their way to Evansville for semi-state. Unranked, they topped Austin to make it to the championship, and once there, put an end to the 25-game winning streak No. 3 L&M had built, 72-54, with the front page of the March 18, 1985 edition of The Herald exclaiming, “Next year’s team arrives Saturday night.”

That 1984-85 Raiders team was the first in state history to make it to the state tournament with no seniors. There wouldn’t be any further breakthroughs, losing to eventual state champion Marion in both 1985 and 1986. The Giants fielded Jay Edwards and Lyndon Jones, who shared Mr. Basketball honors in 1987 after Marion won its third straight state crown.

“They (were) just a phenomenal group — kind of like our group was, but they were just much stronger and much more physical,” he said. “And to have two Mr. Basketballs on the same team, and they go to major universities and play ball — their talent level was much above ours.”

But Southridge got to play in Market Square Arena twice, and when the Raiders had the fire truck treatment in Huntingburg after returning from Indianapolis in 1985, about 3,000 people were there to greet them.

“Getting there that first time was just unbelievable, a dream come true,” Duncan said.

The Raiders claimed one more sectional championship during Duncan’s first stint in 1987 — their sixth of the 1980s decade. He’d leave the bench that year following a 196-109 record with the Raiders, but would again serve as an assistant coach later on Tim Haworth’s staff. However, when the position became open in 2004, Duncan jumped right back in.

Duncan told The Herald he didn’t change, he got his old books out and ran the same stuff he used the first time. Indiana had since adopted the class basketball system since the first time Duncan coached Southridge, but he himself was the same coach.

“I’m glad I came back the second time and done those six years,” he said. “It was quite an enjoyable time for me.”

The Raiders climbed the sectional mountain one more time with Duncan as coach, when they held off Tell City, 42-41, on their home floor to win the 2007 championship — their first since 1994. Duncan previously coached the fathers of some of those players on the 2007 team. T.J. Reese was a junior and his dad, Dave (1981), played for him. Brad Roesner was a senior on that team and his brother, Brett, a sophomore. They are the sons of Stan Roesner (1983), who played for Duncan before coaching the Southridge girls to the 1998 Class 2A State Championship.

“It was nice to win that last one before I retired for good,” Duncan said.

Duncan is proud of the games and championships he won, but he’s proud of how successful in life his former players have been, and considers himself fortunate.

He is set to be honored on March 23, and he knows what he wants to highlight before everyone now that he’s a Hall of Famer.

“I want to give credit where credit’s due — I think that’s the main thing,” he said. “My family, my assistant coaches, my players. I’m fortunate to be where I’m at, and I’m the reason I’m there, but still, I wouldn’t be there if it hadn’t been for the support that I got through players and coaches and family.”